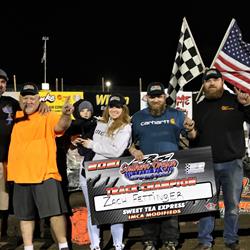 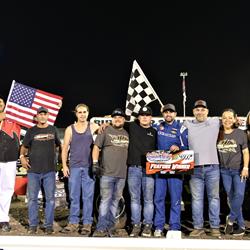 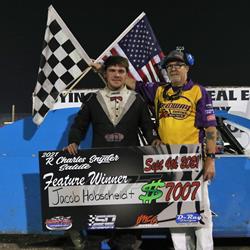 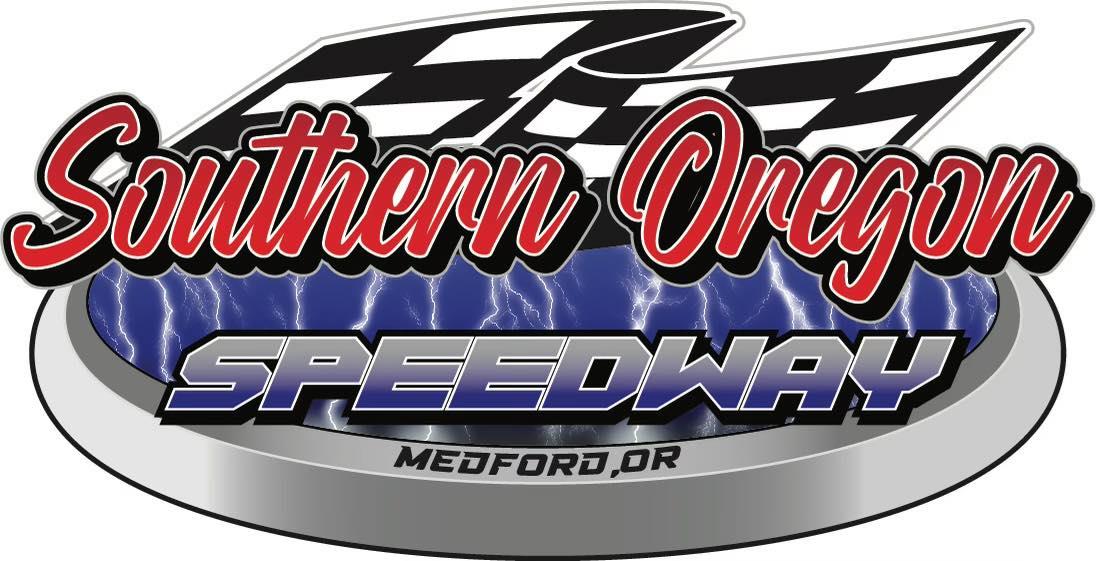 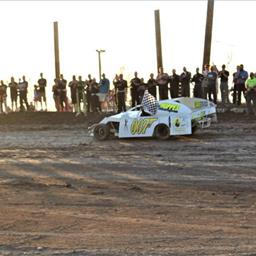 In the Sweet Tea IMCA Modifieds, Jacob Hobscheidt of Plattsmouth, Nebraska was the only one of the 41 drivers under 16 seconds in qualifying, posting a time of 15.836 seconds around the 3/8-mile dirt oval. The first set of six heat races were won by Jesse Williamson, Jon DeBenedetti, Jesse Bailey, Troy Foulger, Bricen James and Albert Gill. The second set of heat races were won by Williamson, Trenchard, Mark Wauge, Foulger, Curtis Towns and Craig Cassel. The 15-lap B features were won by Rob Sanders and John Campos.

Trenchard led the field to the green for the main event and won by 1.2 seconds over Williamson, followed by Towns, Foulger and Collen Winebarger. Rounding out the top 10 were Bailey, Hobscheidt, Derick Young, Darrell Hughes and James. The top-10 finishers from Friday are locked into Saturday’s feature.

In Dusty’s Transmission IMCA Sport Modifieds action, Medford’s Jordan Braaten was the fastest of 24 qualifiers with a lap of 15.779 seconds. Heat races were won by Braaten, Tyler Rodgers, Ryan Peery, and Matt Sanders. Billy Richey won the B feature.

Rodgers led the field to green for the 25-lap main and won the race, followed by Peery, Sanders, Craig Nieman and Braaten.

The R Charles Snyder Salute concludes Saturday night at SOS, highlighted by the 40-lap feature for the Sweet Tea IMCA Modifieds. The winner will take home $7,007. The Dusty’s Transmission IMCA Sport Modifieds will be back, joined by the CD Architects Late Models.

Tickets are $15 for seniors and children, $20 for adults. Pits open at 3:30 pm., front gates open at 5, with hot laps at 6 and racing at 7. For more information, or to purchase tickets in advance online, visit www.southernoregonmotorsports.com.